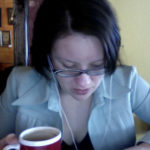 The Silent City Part I

The Silent City: Part I (Installation 2016)
An interactive/intermedia installation
September 8-18, 2016
@ The Museum of Human Achievement
Austin, TX
By activating trigger circuits, the public manipulates an array of sounds featuring audio sourced from public places in Austin, accompanied by a coordinated display of synchronized lights.